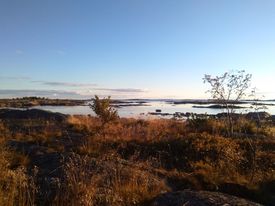 The government has decided on a bill for an increased differentiation of beach protection. It will be easier to build close to the beach in sparsely populated and rural areas and in small urban areas, at the same time as beach protection is tightened in areas with high building pressure. The local influence must also increase.

- It will be easier to build close to the beach in sparsely populated and rural areas and in small urban areas, at the same time as we tighten beach protection in densely populated areas where many want to build, says Minister of Climate and Environment Annika Strandhäll.

The government is also appointing an inquiry to review the current exceptions of the areal industries from shore protection. The purpose of the inquiry is to ensure that the exemption takes sufficient account of the varying conditions that prevail for different entrepreneurs in the areal industries.

Proposed amendments to the bill will mainly enter into force on 1 July 2022. The inquiry into the area's industries' exemption from shore protection will be reported no later than 31 December 2023.

This website uses cookies to facilitate your visit to our website. The cookies that are considered necessary are stored in your browser as they are important for the basic functions of the website. We also use third-party cookies to help us analyze and understand how you use our website. These cookies will only be stored in your browser if you allow this. Not allowing these can negatively affect your experience of the website's features.
Necessary Always activated
Necessary cookies are absolutely essential for the website to function properly. This category only includes cookies that ensures basic functionalities and security features of the website. These cookies do not store any personal information.
Non necessary
Any cookies that may be necessary for the website to function and is used to collect personal data via analytics, ads, other embedded contents are termed as non-necessary cookies. It is mandatory to procure user consent prior to running these cookies on your website.
Others
Other uncategorized cookies are those that are being analyzed and have not been classified into a category as yet.
Analytics
Analytical cookies are used to understand how visitors interact with the website. These cookies help provide information on metrics on the number of visitors, bounce rate, traffic source, etc.
Save & Accept